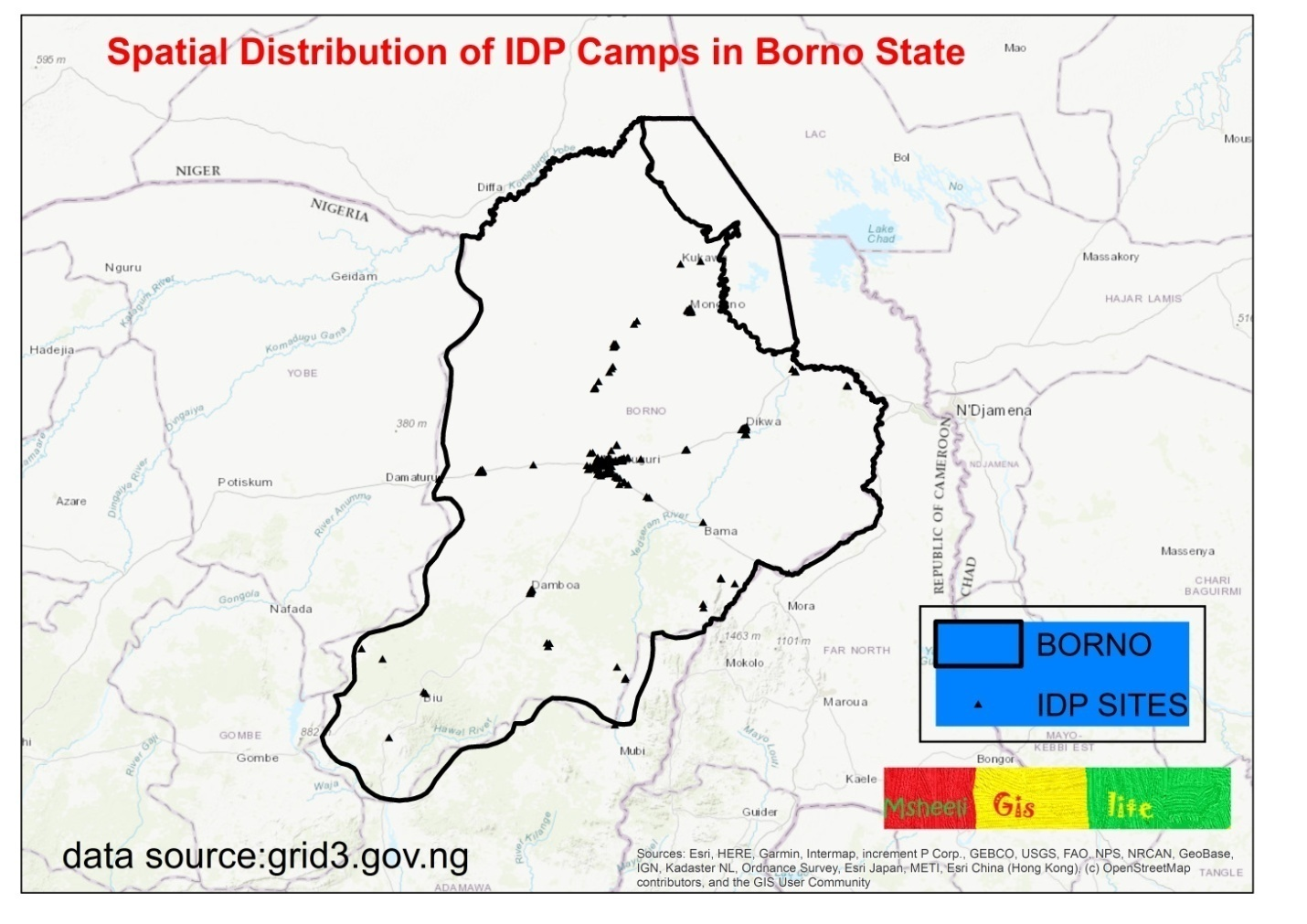 The persistent insurgency bedeviling the North-Eastern region of Nigeria perpetuated by Boko Haram has caused thousands to flee their settlement to various internally displaced persons camps across the state. The activities of Boko Haram in Nigeria have retarded socio-economic development in various ramifications. These include; Food Scarcity, Sporadic Migration and Abandonment of Profession, Discouragement of Local and Foreign Investment etc.

Nigeria is Africa’s most populous country and among its most diverse with over 400 ethno linguistic groups . The country is affected by several conflicts based on overlapping ethnic, religious, political and regional divisions including over resources in the Niger Delta, Christian-Muslim divides in the middle of the country, and most recently, the rise of Islamist groups in the north, most importantly, Boko Haram . Boko Haram (‘Western education is a sin’) was founded around 2002 in Maiduguri, the capital of Borno state and largest city in Northeast Nigeria . At least at its inception, the main tenet among its followers was regime change in Nigeria as they believe democratic and secular rule is in contradiction to Shariah .

GIS can be used as tool in both problem solving and decision making processes, as well as for visualization of data in a spatial environment.  Geospatial data can be analyzed to determine (1) the location of features and relationships to other features, (2) where the most and/or least of some feature exists, (3) the density of features in a given space, (4) what is happening inside an area of interest (AOI), (5) what is happening nearby some feature or phenomenon, and (6) and how a specific area has changed over time (and in what way). ArcGis 10.5 was use to visualize the various camps in Borno State.

Boko Haram is a dynamic phenomenon and a persistent societal problem ravaging the country resulting to 243 different camps in the state.